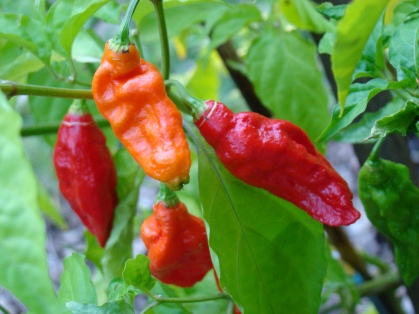 Every day there seems to be some miracle cure or other being reported on the news. Today red wine is bad for us, yesterday it can prevent heart disease. Today coffee causes high blood pressure, tomorrow it prevents cancer. There’s “good” fat and “bad” fat, but which is which?

It can be difficult staying abreast of health news with a 24-hour news cycle. The important reports are often buried underneath a pile of interest stories and reports on questionable miracle cures.

A recent report from none other than the Harvard School of Public Health has shown that spicy foods have a variety of active components that are beneficial to human health.

The most common source of spice was fresh or dried chili peppers, which are loaded with a bioactive ingredient called capsaicin that burns fat, fights infection, and stimulate the lungs, kidneys, and heart: all important factors in a person’s long-term health.

Whether these very exciting claims can be nailed down and recorded as scientific fact or not is still up in the air. It’s a study from one area of the world including around half a million people and more information is needed.

Regardless, chili peppers have a high level of phenolic content: chemicals with nutritional and anti-inflammatory qualities. Spicy food has also been shown to protect the stomach lining, boost metabolism, and prevent diabetes.

With all these ancillary health benefits, it’s no wonder people who ate them 6 to 7 days a week lived longer.

Before you go out and buy a bunch of nachos smothered in hot sauce, remember that there are a lot of different kinds of spicy foods out there, and not all of them are good.

To enjoy the health benefits of chili peppers, they should be eaten as part of a nutritious meal. Spicy foods may exacerbate people with digestive disorders, in which case they will do more harm than good.

And remember, most importantly, don’t touch your eyes after handling chili peppers!

Be good to each other,

Julian Omidi is the co-founder of the Children’s Obesity Fund, No More Poverty, Animal Support, and Civic Duty, all of which are charitable organizations that support a variety of causes in the United States and across the globe.