The Legacy of Cecil the Lion 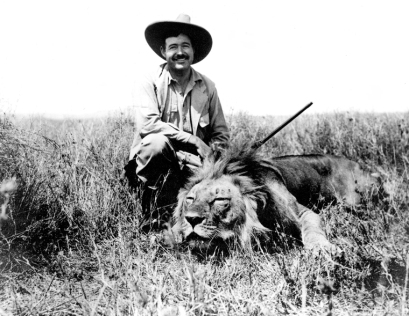 Cecil the Lion was known around the world even before he was shot and killed by American dentist Walter Palmer just outside of an animal protection area in Zimbabwe this July. He was part of an Oxford study and a perennial favorite for families visiting for safaris. His tracking collar provided scientists at Oxford a wealth of information about his hunting and roaming habits, giving us a better idea of how these big cats survive in an increasingly hostile area.

The circumstances of his death make the matter even more troubling. Cecil was lured outside of the animal protection area with raw meat attached to the back of a pickup truck. Once he was “fair game,” he was shot with a bow and arrow. Walter Palmer and his guides tracked the wounded animal for more than 40 hours before he was finally killed. In a final act of disgrace, the killers hid Cecil’s radio collar in an attempt to cover up what they’d done. Palmer had paid $50,000 for the hunt.

No amount of indignation is bringing Cecil back, but the hope is that his death could bring much-needed attention to the field of animal rights, specifically with regard to poaching and legal hunting in Africa and around the world.

The president of Zimbabwe didn’t mince words in his response to the killing. Speaking to Zimbabweans in general, he said “Even Cecil the lion is yours. He’s dead, but he was yours to protect and you failed to protect him.” The fact of the matter is that Westerners are willing to pay huge sums for big game hunting, legal or otherwise, and it’s difficult to prevent impoverished locals from jumping at the money.

The outrage wasn’t reserved to the continent of Africa. People all over the world are calling for more concerted conservation efforts. Delta, American, and United airlines all announced that they would stop transporting parts of animals killed in trophy hunts.

It’s a bitter pill to swallow, but perhaps some good can come out of his death. It’s hard to imagine huge, multinational corporations taking such steps if an animal like Cecil had not been killed. And the issue of animal rights, so important to us here at Animal Support, is receiving more attention than ever before.

What we can do is take the anger and outrage and use it as motivation. There are conservation battles going on right here in the United States, specifically with reintroduced wolves in and around Yellowstone National Park, or the red wolves of the Alligator River National Wildlife Refuge in North Carolina, of whom only 100 remain.

Be good to each other,

Julian Omidi is co-founder of Animal Support, a nonprofit that works to help animals in need.