How California Stacks Up in America’s Health Rankings 2012

As a resident of Los Angeles I was interested to see how the state of California stands up with the release of America’s Health Rankings for 2012. Overall the state has maintained its spot at 22nd, though there has been improvement in several areas, though it has also seen increased disparities in certain areas as well. Here is how California stands among the other states of the nation and itself a year previously.

Over the last five years California has seen the percentage of its over 18 population quit smoking on a regular basis. The state currently ranks 2nd in the category of smoking, indicating that only one other state (Utah) has smoking rates lower than California’s 13.8%. Some of this can be attributed to the fact that California has some of the most restrictive smoking laws in the nation. Of the total population of 37,691,912 in California about 3.9 million adults smoke on a regular basis.

In the category of obesity California ranks 5th with 23.8% of the total population categorized as obese. Other states that ranked in the top 5 of states with the lowest obesity ratings included Colorado (20.7%), Hawaii (21.9%), Massachusetts (22.7%), and New Jersey (23.7%). The study found that states with the lowest obesity rankings also had the least amount of its residents living a sedentary lifestyle; in particular California had only about 19.10% of its population living a sedantary lifestyle. Much of the nation had obesity percentages over 30. Overall the entire country has seen an increase of the obesity rate over the last decade.

California also ranks low among states in the category of infectious disease. Here California ranks 46th out of all 50 states. As qualified by the study the category “Infectious Disease” is defined as, “number of AIDS, tuberculosis and Hepatitis (A and B) cases reported to Centers for Disease Control and Prevention per 100,000 population.” The percentage of these reportings was approximately 17% within the state of California.

The United Health Foundation has provided an excellent resource at http://americashealthrankings.org/CA/ that provides extremely detailed information for all 50 states not only for 2012 but also including every year from 1990 until now, allowing you to track the course of certain issues in specific states or across the nation in a simple but effective graphic. To learn more about why California ranked 22nd, or how your state ranked among the others in the nation visit their site. 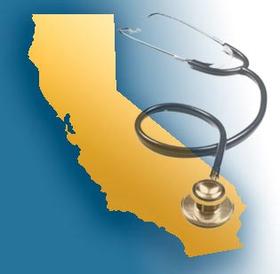